December Only: Mystery Gift with $200 order. Click for more.

Researchers at University of Washington School of Medicine are using the WATSON 4-Well Portable Thermocycler to speed up COVID-19 variant tracking.

What’s the lowest cost thermocycler for teaching labs or labs with low throughput?

Some settings have limited need for PCR testing, but the addition of low-cost PCR capabilities could have a huge benefit.

That limited need keeps labs from investing in thermocyclers, outsourcing the testing to other labs and losing revenue to that outsourcing.

The lowest cost option until recently was an 8-well thermocycler at a cost of $650USD.

But the new WATSON 4-well portable thermocycler is less than $250, fits in your pocket, and opens up a world of possibilities for those labs that outsourced or rationed PCR testing.

What are the advantages of a pocket-sized thermocycler / thermal cycler?

The biggest advantage of the smaller thermocycler (which some operators call a thermal cycler) is for cost control.

Labs that don’t need the larger capacity of a full-sized machine can spend less money and purchase a smaller capacity unit that better suits their needs without sacrificing quality, performance, and features. 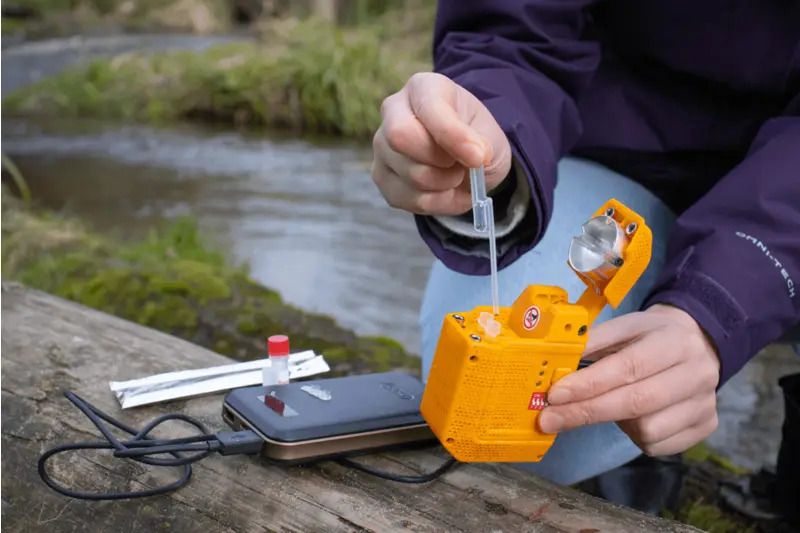 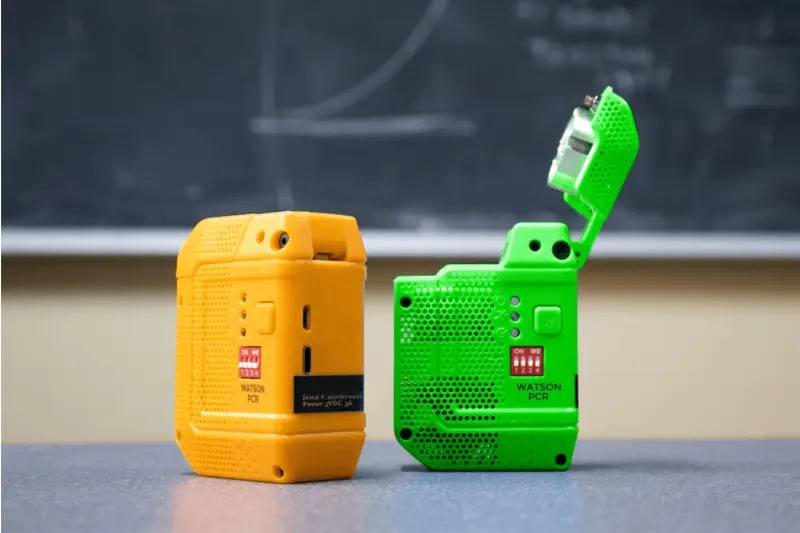 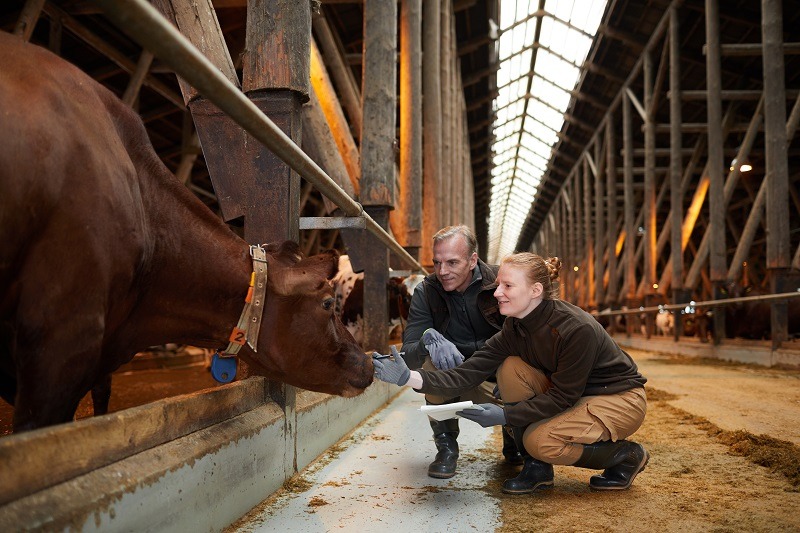 Q: What is a thermal cycler?

A: A thermal cycler is an instrument that makes copies of DNA. It facilitates PCR testing.

Q: What does a thermocycler do?

A: It heats up samples of tissue repeatedly, creating many copies of the DNA from the sample contained inside the thermocycler tubes.

Q: What is PCR testing?

A: PCR refers to Polymerase Chain Reaction — a method that generates millions of copies of a specific DNA sample.

Q: Why is PCR useful?

Because PCR amplifies a single DNA sample into a million copies, harmful bacteria that may not otherwise be seen are observed in the amplified sample.

Q: What are the thermocycler PCR steps?

A: The thermocycler runs through a series of heating cycles to amplify DNA. The three steps are:

In denaturation, double-stranded DNA templates are heated so the strands separate.

In extension, DNA polymerase extends the 3′ end of each primer along the template strands.

The thermocycler repeats these steps 25+ times to exponentially produce exact copies of the target DNA.